Persistent Organic Pollutants (POPs) are structurally stable, resistant to biotic and abiotic degradation processes (persistent), semi-volatile and highly soluble in lipids. Once released in environment, POPs tend to spread from sources towards the final sink compartment. Different factors could affect POPs affinity to air, water, sediment, soil or biota. Polycyclic aromatic Hydrocarbons (PAHs), Polychlorinated Biphenyls (PCBs), Polychlorinated dibenzo-p-dioxins (PCDDs), Polychlorinated dibenzofurans (PCDFs), Organochlorinated pesticides and Hexachlorobenzene (HCB) are considered POPs of major environmental concern due to their toxicity and worldwide diffusion. Actually these chemicals are often included routinely in monitoring programmes and are measured in terrestrial and aquatic trophic webs, in top-predators, also, including human been’ tissues. Unluckily, the continuous research of new substances able to cover the great request from engineering, chemistry, pharmaceuticals, medical, commercial and social activities led to the direct and indirect release in environment and the consequent exposure of living organisms to new-generation pollutants. Only to give an example, in 1997about 70,000 new products and organic chemicals (364.2 million tons) were commercialized in USA by the chemical industry. Once released in the environment, new-generation pollutants interact with the abiotic and biotic matrices producing mixtures composed by chemicals metabolites and/or reaction and degradation by-products. These mixtures are characterized by a progressive increase of complexity and by a clear geographical footprint with percentages of chemical composition that are dependent by physical-chemical properties of compounds making the mixture and by latitude/altitude of the geographical area considered. The effects induced by pure compounds and mixtures on non-target species are frequently unknown at the time of their commercialization as well as possible by-products originated by the interaction with the environment. Usually, undesirable consequences of new synthesized chemicals are discovered many years later their distribution in commerce, often dramatically. This is the well-known case of the pesticide dichloro-diphenyl-trichloro‐ethane (DDT) largely used to control malaria diffusion and publicized before 1970' as "the best friend of housewives in controlling pests". Toxic effects of DDT were completely unknown till 1962 after the publication of the famous volume "Silent Spring" by Rachel Carson. Perfluorinated organic compounds (PFCs) and polybrominateddiphenyl ethers (PBDEs) are new-generation pollutants of particular ecotoxicological concern. PFCs and PBDEs increased levels during the latest decades both in environments and wildlife. Several studies have assessed them in a wide range of organisms, including human been’ tissues, from low latitude regions to remote areas, suggesting atmospheric transport of volatile precursor compounds and/or transport by ocean currents. Recent studies evidenced significant differences among tidal and coastal levels of PFOA and PFOS in all considered environmental matrices supporting the existence of different dynamics affecting PFCs distribution and ingress in trophic webs that are zone dependant in marine ecosystems.

A recent research evidences as transitional water ecosystems (TWE) represent key environments inmodulate routes of new-generation pollutants from terrestrial to marine ecosystems. In fact,in TWE, the great quantities of water fluxes produce significant accumulation of pollutants stored in sediments and organic matter that in some cases could be released in water and fluxed in marine ecosystems throughout water and particulate matter transport. Furthermore, in TWE, measured levels of new-generation pollutants could increase along the trophic web representing potential risks for human been due to feeding. Furthermore, TWE are characterized by the presence of many species that represent the trophic link between TWE and marine ecosystems and could represent a significant driver for the route new-generation pollutants. For the exposed reason management strategy of TWE environmental problems (i.e. eutrophication, high sediment depositions rates etc.) should be well sized to minimized POPs routes towards marine environments.

1Department of Biological and Environmental Sciences and Technologies, University of the Salento,

2Department of Physical, Earth and Environmental Sciences, University of Siena, Via Mattioli 4, 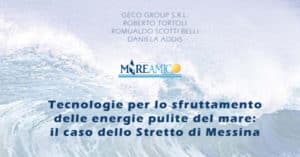 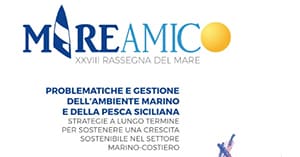